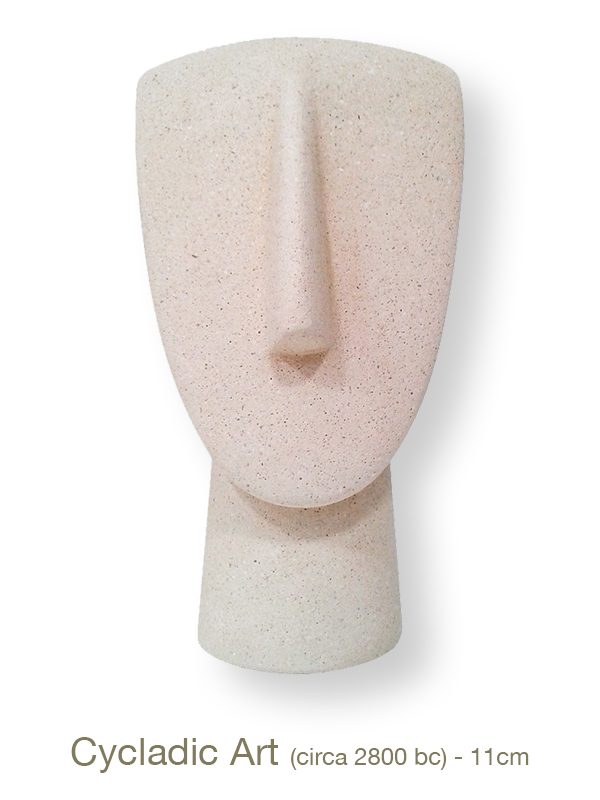 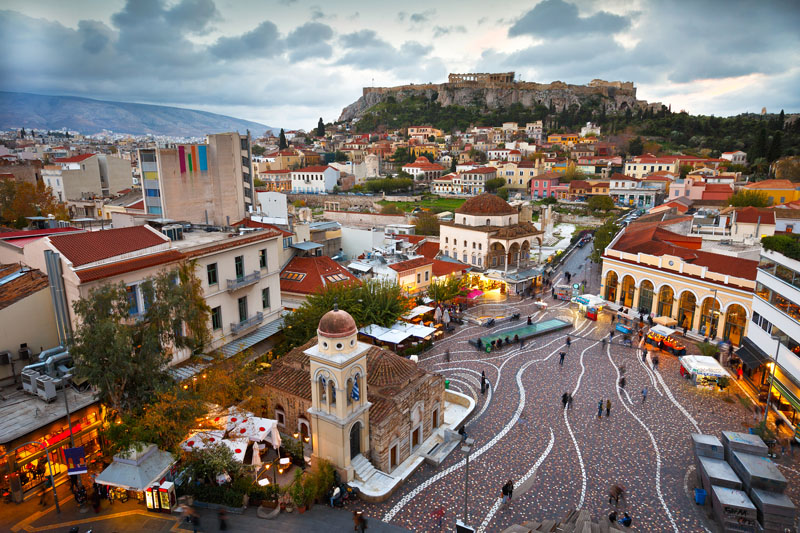 Athens   Athens is the historical capital of Europe, as it has been inhabited since the Neolithic period. During its long and fascinating history Athens reached its zenith in the 5th century B.C (golden age of Pericles), when the values and the civilization that developed in Athens surpassed the geographic boundaries of the city and acquired universal radiance. Democracy was born and evolved in Athens, theater, philosophy, arts, like architecture and sculpture, are also some of the aspects of human intellect that reached their peak in the 5th century Athens. Today, Athens is the capital and the largest city of Greece with a population of more than 4million, including its port, Piraeus. It is a sunbathed city (sunny days in Athens […]
Do you like it?
Read more 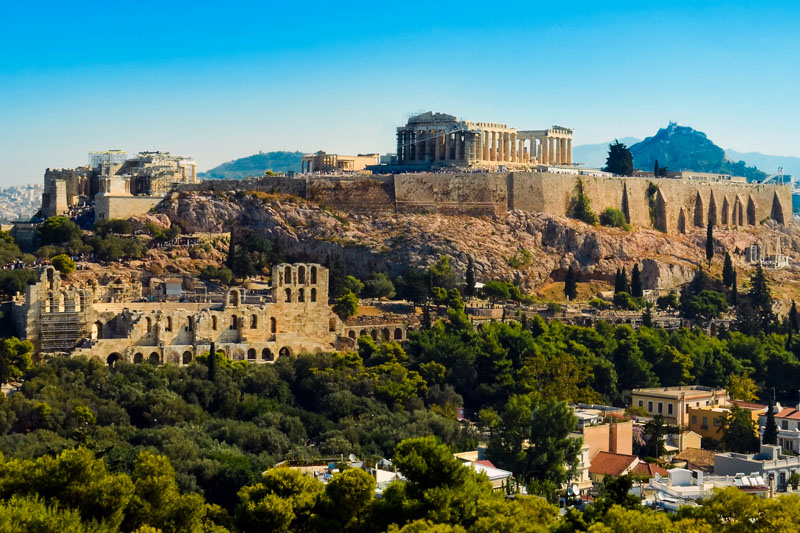 The temple of Olympian Zeus( Zeus of Mount Olympus) is located in the Sanctuary of Olympian Zeus, known also as Olympeion. It was a huge temple dedicated to Zeus, whose construction started in the 6th century B.C, but completed in Roman times thanks to the roman emperor Hadrian. The columns of the temple are a final example of the Corinthian style. Today fifteen columns still remain standing, while a sixteenth lies broken on the ground because of a fierce storm in 1852.
Do you like it?
Read more 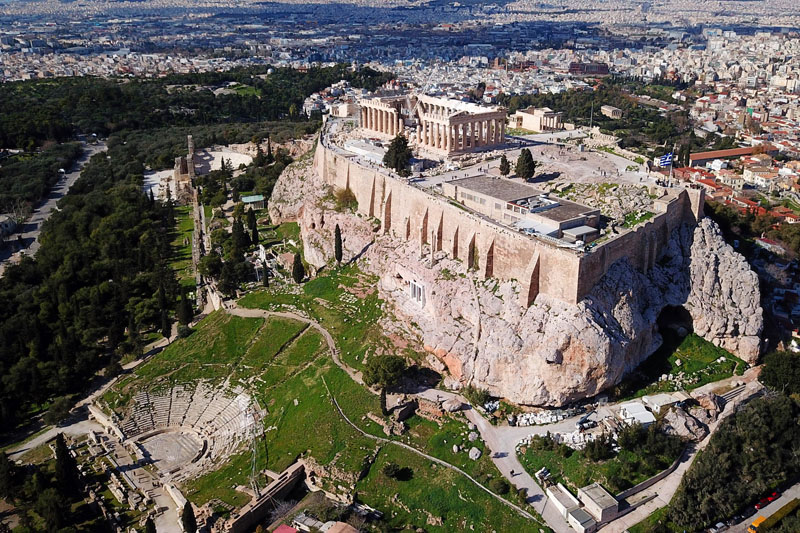 The most important building in Greece, as it houses the Parliament of Greece. It was built between 1836 and 1842 as the King’s Palace, based on the plans of the German architect Gaertner. In 1931 it was turned into the Parlament House of Greece.  Right in front of the Parliament lies the Unknown Soldier Tomb which is guarded around the clock by two Greek soldiers .They wear the traditional Greek army uniform and they belong to the Presidential Guard. They are also known as Euzones which means well-girt.  The changing of the guards takes place every hour upon the hour and it is really worth seeing.
Do you like it?
Read more 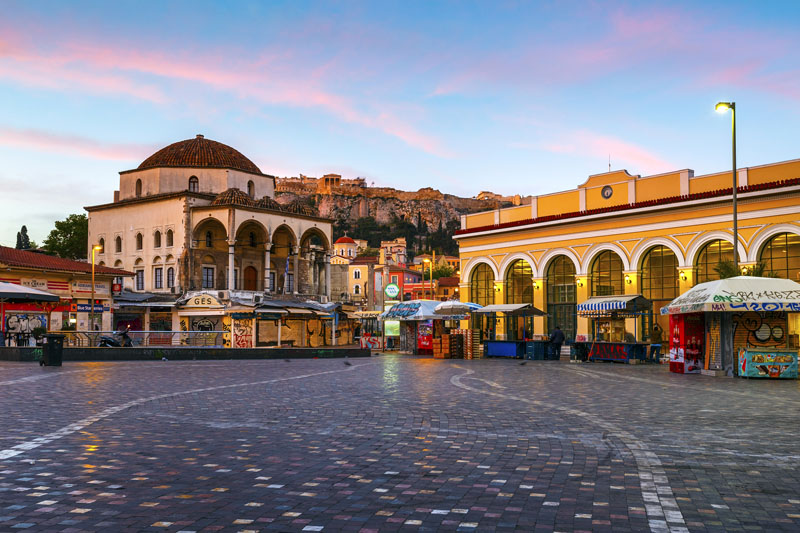 Monastiraki Square and the surrounding area is a very busy neighborhood of Athens. It faces the northwestern side of the Acropolis and it’s located between Plaka, Psiri and Thisseion. It has been named after a big monastery that was at the Square. Today, the only thing left of the monastery is an old church in the middle of the Square. Monastiraki is very famous for its superb restaurants, many of which are specialized in Gyros and Souvlaki, and for its variety of shops: shoes, sandals, clothes, vinyl records, souvenirs, beads, antiques and many more.
Do you like it?
Read more

Located just opposite the Acropolis, this hill is 147 meters high and its top is dominated by a large monument. In ancient times the hill was known as Hill of Muses or Museum, but today it is named after the name of the man whose tomb lies at the top, Gaius Julius Antiochus Epiphanes Philopappus, or just Philopappus. He was the young Prince of Commagene, a small kingdom in ancient Syria. When the Romans annexed that kingdom, the royal family were welcomed in Rome. Philopappus then made his way to Athens, became a benefactor of the Athenian people and as a reward they granted him the Athenian citizenship. As an exception to the rule, he was buried not in a […]
Do you like it?
Read more 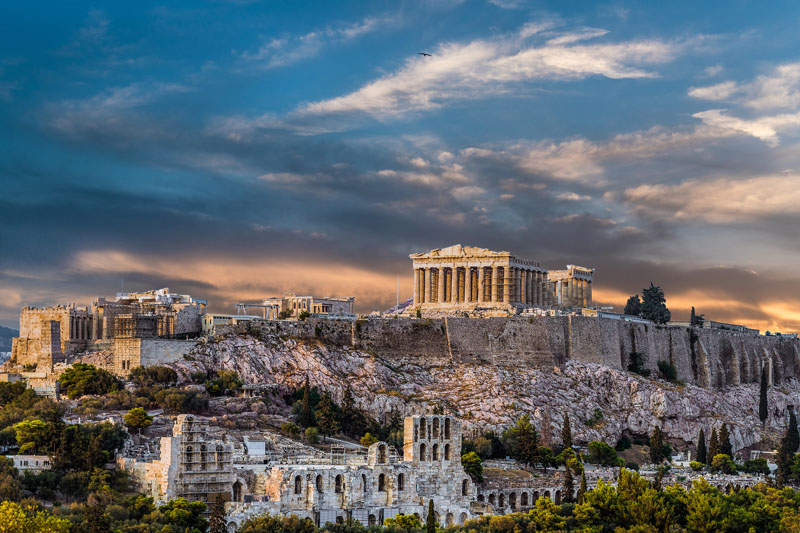 It was constructed in 132 A.D  by the Atheneans  in honour of the Roman emperor Hadrian. It’s a combination of Greek and Roman architecture made of marble. It is 18 meters high and it was the boundary between the ancient city of Athens (city of Theseus) and the roman city (city of Hadrian). In 1778 the arch was incorporated in the eastern part of the Ottoman wall of the city. It was at that time when it was converted into a gate, known as the Princess Gate.
Do you like it?
Read more 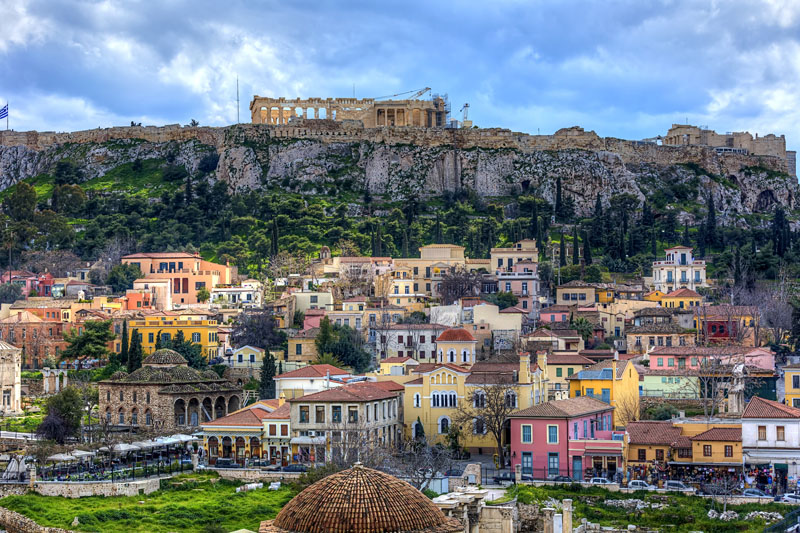 Plaka is the oldest neighborhood of modern Athens, located on the northeastern slope of the Acropolis. The word plaka in an old dialect means “ very old”. The main street of Plaka is Adrianou Street, which divides it into two areas: upper Plaka, where the poorer families used to live, and lower Plaka, where the rich lived. The alleys and the paved streets of Plaka are visited today by many tourists throughout the year for its picturesque taverns and cafes, and its lovely giftshops.
Do you like it?
Read more